Robert Britton’s phenomenal success with stayers in recent years has added significant weight to his standing as one of Australian greyhound racing’s most astute conditioners.

Putting miles into his greyhounds’ legs, maintaining fitness and a keen zest for racing are all keys to Britton’s distance domination, so when he speaks about exercising and trialling regimes it’s wise to listen.

“The main thing is to satisfy yourself that you’re getting that dog fit and it’s stimulated in its focus for racing.”

While Britton acknowledges the merits of different training techniques, he believes free galloping has enormous benefits in gaining and maintaining fitness levels.

“We basically free gallop every day,” Britton explained. “They don’t gallop on race day and they don’t gallop the day after they race. In saying that we also take two to three dogs up the bush for a walk just to change the routine, to stimulate them and just to get them out of their boredom.

“I think myself that galloping is very, very good in that when you free gallop you do get some dogs that are a little bit lazy, so you’ve got to try to work out how to make them gallop and that’s why we use a motorbike.

“Aside from their own free galloping, with the motorbike we try to stretch them out and maybe do 1000 metres.

“In general, I believe that dogs, when they first start galloping, you can see that it does take a little effect on them but they get over the hump and you can see they’re a lot fitter and tougher. I think that does them really well for a tough racing campaign.”

The time allocated for galloping varies between dogs, depending on their respective willingness to work, with Britton’s goal to keep his chasers operating at around 80 per cent.

“It all depends on how hard they do it,” Britton offered.

“Sometimes it would be no more than one to two minutes and with some dogs it might be three to four minutes. It all depends on how hard they do it.

“I love seeing dogs work at about 80 per cent pace. It doesn’t take the edge off them but it certainly helps their airways and fitness.”

“It’s not only how long you keep them in there, it’s matching them up with another dog that suits them. In other words, a dog that works way too hard you may put with a lazy dog on the other side, so that they balance each other out. One slows the other one down and the other one gets the other one going.

“Most of the work would be done at 80 per cent, so they’re not doing what they do in a trial. Ideally, I love seeing dogs work at about 80 per cent pace. It doesn’t take the edge off them but it certainly helps their airways and fitness.”

For trainers in suburban or metropolitan regions, Britton says walking machines can be advantageous.

“For people that live in the suburbs it can be a lot easier to use walking machines than to go out in the traffic and the glass and everything else,” he said.

Britton’s reliance on free galloping basically makes trialling redundant, with the notable exceptions being a chaser on the comeback trail after a break or in preparation to compete at an unfamiliar track.

“Lots of trainers – and lots of good trainers – trial their dogs in between races and obviously it works,” said Britton.

“I don’t. I use all my trialling up until they start racing and then the only time they would actually trial is coming back from a slight spell or going to a new track.

“But in general, once they get into the racing system, I like to try and race them once a week, so they don’t need to trial, other than, as I said, changing tracks.

“You do what you feel suits you and the way we do it is with galloping almost every day and I think there’s been a trend over the last 20 years that a lot of professional trainers have gone that way. You can work a number of dogs in a short time, whereas once upon a time by going for a walk for half an hour you’ve really only done a couple of dogs, so you’ve got to do it again if you’ve got more than a couple of dogs and that’s your system.” 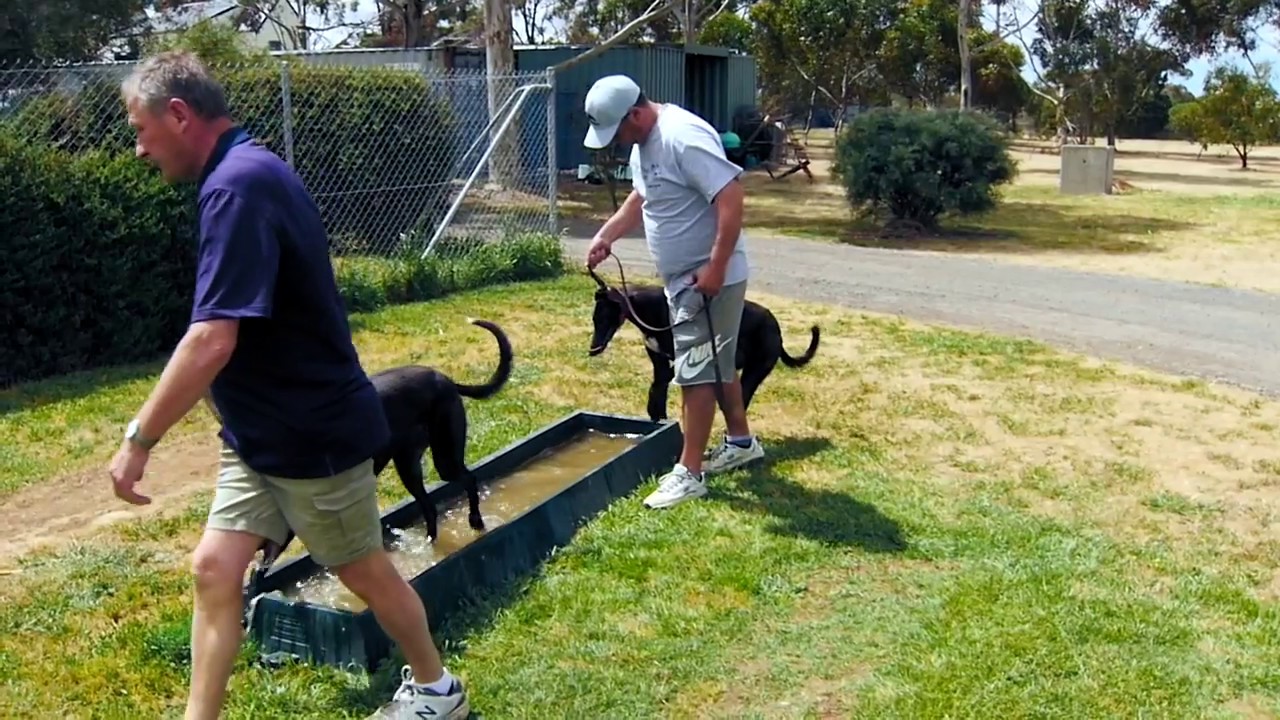